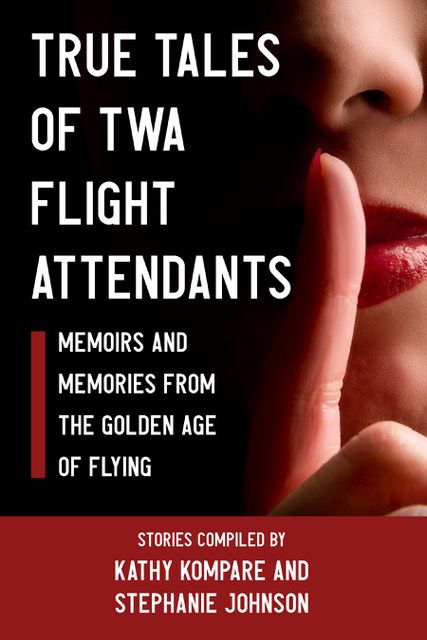 Where Has All the Glamour Gone? AH YES THOSE good ‘ol morning flights from St. Louis to somewhere filled with business travelers who mostly just wanted something to eat, lots of coffee and to be left alone. Well, maybe not so much on this flight.

The agent had boarded an older gentleman who needed a wheelchair and a lot of assistance. He was seated by a window about two-thirds back in the airplane. I thought it was strange that they would seat him there, but it wasn’t my decision.

We are airborne now and started our morning beverage service, which was served from a cart starting in the front of coach and moving toward the back of the plane. I was working the tail end of the cart, which is airline lingo means the rear of it, so I’m going backwards.

About five minutes into the service, a call bell was rung. I turned around and could see it was our wheelchair passenger. I walked back and asked him how I could help and he “demanded” a whiskey. I explained that we would get to him shortly and returned to the cart.

About two minutes later, he rang again with another “demand” for a whiskey … I told him just a few minutes more that there were passengers ahead of him still waiting to be served. I don’t think I even got back to the cart when he punched his call bell again. I returned to him and once again, there was a demand for a whiskey. At that point, I decided to serve him just to shut him up and be done with it.

“Yes, that’s the price of our cocktails,” I replied, trying not to sound as aggravated, as I really was then. He grudgingly dug into his pants pocket and pulled out $1.80. When I tried to correct him on the change, he “yelled” that it was all he had. Sometimes it is just easier to forget about it, so I opted to take the $1.80 and write the rest off.

We finally finished our service when his bell went off again. This time he tells me, get ready for this one, that he has to pee. Well, there was no way I could move him and get him to a lav and I told him that. He gestured up to the overhead bin and said for me to retrieve his “pee bottle.” Yep, his “pee” bottle! Learn something new every day.

I got it for him, and he asked where he could go? Of course, the answer was nowhere but there because we couldn’t move him. I then made an executive decision. I got a blanket (yes, we did have those for our passengers then including pillows, I know amazing!) and requested that the passenger seated in that row with him, and another in the seat in the row in front of him, to please remove themselves for a few minutes. Picture me now holding up the blanket around him, so he could “pee in privacy.”

Well, quite a few minutes passed when I asked him, “How was it going?” (Stop laughing!) To which he replied that “he was working on it.” I was by now losing all feeling in my arms.

A passenger seated across the aisle from all of this looked at me and said, “You are NOT paid enough.”

From True Tales of TWA Flight Attendants: Memoirs and Memories from the Golden Age of Flying (Telemachus Press, Oct 2022) by Kathy Kompare and Stephanie Johnson. Ann Hood raved, “An hilarious, honest, heartfelt journey through the Golden Age of Flying with the people who know it best—flight attendants—on the best airline that ever flew—TWA. Fasten your seat belts and welcome aboard!”